After an exhilarating day of hiking, biking, kayaking, sledding, snowshoeing, camping, kick sledding or just exploring, there are a whole lot of options to quench your thirst. There are five microbreweries in Whitehorse offering a variety of IPAs, APAs, Olde English Ales, Wheat Ales, Stouts, Pilsners, Lagers, Porters, Gose, Kolschs, Belgian-Tripels, Sours, Saisons and I’m sure I’m missing a few others! Here’s a brief outline of each of the local brewers in the Yukon (in alphabetical order)

Matt Waugh, owner and sole fella running this brewery, comes up with some unique flavours that his customers can’t get enough of. Matt began his career by homebrewing about thirteen years ago and started brewing professionally two to three years after that. He started his career at Yukon Brewing and later moved to Winterlong Brewing to be their first brewer upon opening. All along he had a dream of opening his own brewery. He met that goal in 2017 when he began Deep Dark Wood Brewing Company. With no set brewing schedule, Deep Dark Wood Brewing Company produces beer using oak barrels and a variety of yeasts and cultures. Each beer is made one barrel at a time, creating a distinct vintage quality to each batch. “My love for sour and/or funky, mixed-fermentation, barrel-aged beers had grown over the years, and that became the focus for Deep Dark Wood Brewing. I'll occasionally brew more "normal" beers, but the weird ones are still at the core of what I do.” says Matt. Pop over to Wayfarer Oyster House to enjoy a fresh bevvy or Big Bear Donair and Whiskey Jacks Pub & Grill off-sales outlets for beer to go. On occasion, his beer can be found at the Yukon Liquor Corporation, but your odds are much better to go directly to the brewery. Matt is happy to answer your questions while you are at the brewery, so don’t be shy! Deep Dark Wood Brewing Company had paired up with Firebean Coffee Roasters and together their collaboration produced a sour titled “Stoked”. Matt enjoys using local ingredients for his brews and has also joined forces with Yukon Chocolate Company and Yukon Berry Farms on occasions to create something special. When I asked Matt what the best part about brewing is, he said “The blurring of lines between art and science, and the ability to experiment and be creative.” Since Matt likes to do a lot of experimentation with his beer, there isn’t one beer he drinks most often- more just taste testing his latest creations. For more information, visit their website Deep Dark Wood Brewing Company

The Yukon’s newest brewery had its beer launch party on August 12, 2020, and has been serving up its own brews since. Not just a brewery, Polarity Brewing also offers a full menu of made-from-scratch dining items. All food items are made by hand, using local ingredients (when possible) and their menu changes regularly to match products available in the Yukon at the time. They work with producers throughout the territory who are also committed to quality food, sustainability and ethical farming. Polarity beers are available at the brewery, so enjoy a pint or flight on their riverfront property, located in the downtown area and grab some Crowlers to go on your way out. Love trivia? Tuesday nights are trivia nights at Polarity. Enter a team (max six people) and test your random knowledge for six rounds of fun while enjoying their creations. Enjoy the cold? Until spring arrives, enjoy a drink on their IceBar (their patio) and receive a discount of the current temperature. Tag them on Instagram and Polarity Brewing will count the windchill too for your discount! For more information, visit their website Polarity Brewing

During the winter of 2014, after ten years of homebrewing, Meghan and Marko Marjanovic took the leap and purchased brewing equipment and applied for a licence. Their dream of owning a brewery became a reality in 2015 when they opened Winterlong Brewing Co. and they’ve been going strong ever since. Just this past year, they purchased and installed a 73.9 kW solar system on their roof! Locally, you can find their beer served at many local eateries and pubs or stop by their brewery for a refreshing pint or a tasting flight of 4 beers. While you’re at their location, why not grab a few to go? You can find the best selection directly at their brewery, but their beer is also sold at the Yukon Liquor Corporation and through private off-sales. Winterlong Brewing Co. has created the official beer of the Available Light Film Festival for the third year in a row, titled Available Light IPA (released January 29, 2021). They have even sponsored one of the films being featured Little Orphans (directed by Ruth Lawrence). For International Women’s Day, the women of Winterlong Brewing Co. are again brewing their Witch Craft IPA, with proceeds going to local women’s organizations. The Yukon Invasive Species Council hosted multiple weed pulls throughout the territory to help protect the Yukon from invasive plant species. One of the pulls was down Mount Sima Road and Winterlong Brewing Co. shared their parking lot for volunteers and offered a pint at a discounted price after the pull. Winterlong Brewing Co. has done a few collaborations with Firebean Coffee Roasters to produce Divine Caffeination (8.5% Belgian Tripel with coffee), Firebean (6.8% Rye Coffee Porter) and Divine (barrel-aged coffee). They are also the creators of the amazing Yukon Hikers website and Yukon Hiking- A Little Guidance in a Wild Landscape book printed for the first time in December 2020. When I asked Meghan what she loved most about brewing she responded “Brewing the beer you want to drink and sharing it with others while supporting and being an integral part of your community. Brewing is such a creative outlet and an expression of so many things.” When asked what is frequenting her stein, she tells me “it’s likely an IPA, hazy IPA like our HazySexyCool or our classic west coast IPA Weekend Warrior. If we're really thirsty, the Jagged Pilsner sure hits the spot!” For more information, visit their website Winterlong Brewing Co.

Noticed two moose on top of a building? You’ve found yourself at Woodcutter’s Blanket. This small log building that was built back in the ‘30s and used to be on fourth avenue, was moved to it’s new home on Second Ave in 1995. Now part of the Whitehorse Heritage Buildings Register, it was once a taxidermy business- thus the reason for the moose on top. Not only is the building one of the most photographed in Whitehorse, but Woodcutter’s Blanket Brewery is serving up a wide selection of brews and some tasty eats. The house taps are offering you the freshest beer possible, as they are connected directly to the serving tanks. They use as-local-as-possible when choosing their ingredients for their beer. Enjoy a pint or a flight of six brews (of your choice) as a sampling of what they have to offer. Sit on their deck and watch the comings and goings of people on Second Ave. On your way out, grab some Crowlers to take home with you. Sign up for their free loyalty program to receive points for every dollar you spend at their restaurant or brewery and get a discount on all merchandise. For more information, visit their website Woodcutter’s Blanket

Bob Baxter and Alan Hansen were on a canoe trip during the mid 90’s, on the Jennings River, when a brilliant idea hit while around a campfire: they should start a craft brewery. Unlike most people who come up with this idea while on a backcountry trip, their plan actually grew legs and took off! Together they began creating beer in 1997 and bought a still in 2009. Since then, they have been producing both beer and spirits for the Yukon Territory. They have even branched out into the cooler market, using fresh Yukon ingredients to create their products. Yukon Brewing also owns sister company, Two Brewers, which produces small batches of Whisky. Each release is unique and numbered. Back to the beer, Yukon Brewing’s beer can be found in Alberta, British Columbia and Northwest Territories. When in the Yukon, you can find their products on draught throughout the territory in bars and restaurants. The Yukon Liquor Corporation carries both their beer and spirits. For a wider selection including some exclusive beverages, you can pick up beer, spirits and coolers from their location. When buying directly from the brewery, they give you a 5% reward on every purchase (when you sign up for their free program). Pre-COVID, Yukon Brewing offered brewery tours almost daily and they hope to get back to doing so; once tours can be done safely. In response to COVID19 and the shortage of hand sanitizer in the territory, Yukon Brewing shifted some of its production to produce hand sanitizer to help the community. Throughout the years, Yukon Brewing has supported numerous organizations and community events including Yukon River Quest, Boys & Girls Clubs of Yukon, MacBride Museum, Yukon Sourdough Rendezvous, TIA Yukon and many more. When creating their business, Bob and Alan promised that their business would help to keep both jobs and money in the territory. Yukon Brewing has done numerous collaborations with some local talents including Atlin Mountain Coffee Roasters (helping them to become the very first to offer Certified Organic Whisky barrel-aged coffee using barrels from the Two Brewers side) and Midnight Sun Coffee Roasters (creating Midnight Sun, an Espresso Stout with an alcohol content of 6.2%). When I asked Bob what the best part of brewing is, he said “The best part of brewing is the ability to make what you want – we strive to offer a wide range of ever-changing seasonal beers that we hope keep our customers always intrigued, and always coming back to see what is new.” Bob doesn’t have a go-to-beer, but he says that he seems to gravitate to the “ever-evolving selection of seasonal and limited-edition beers that our brewing team devises. Lately, I have to say that our smoked Rauchbier and our barley wine are both amazing.” For more information, visit their website Yukon Brewing

There are so many choices of breweries and even more selection within each. I bet you would have never guessed Whitehorse could have so many microbreweries. One of the big-ticket items in deciding if we were going to move up here or not, was the access to micro-beer. Now you know, that was a complete non-issue! Even with being here almost one year, I still haven’t had the chance to try all the varieties. And with seasonal brews coming out every-so-often, I need to step up my game! Maybe it’s time for a late New Year’s Resolution?

Hero Picture: Testing out some brews at Woodcutter’s Blanket. Photo by me. 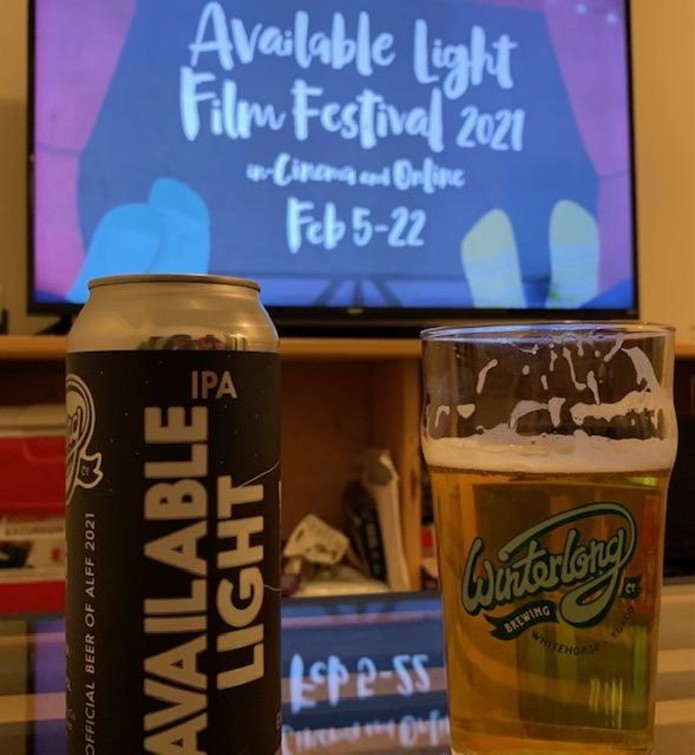 Photo by me (don’t mind our mess) 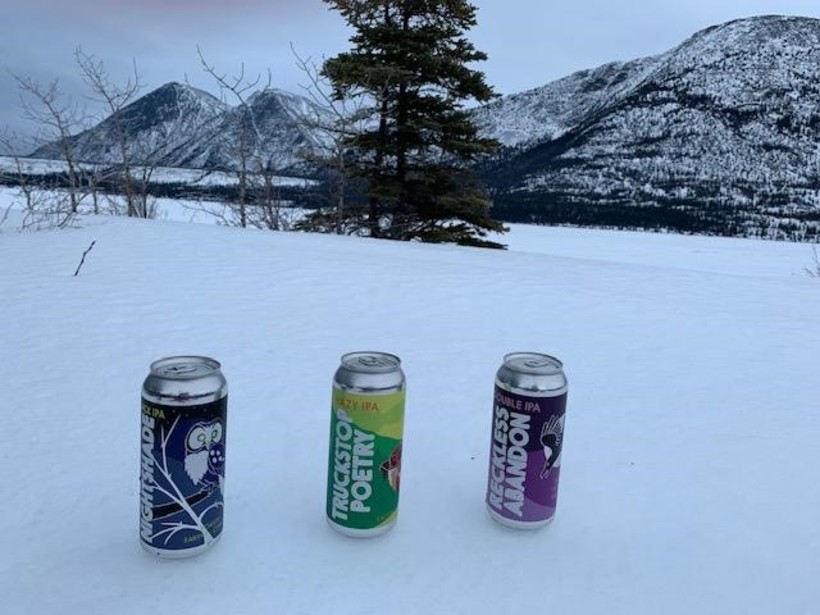 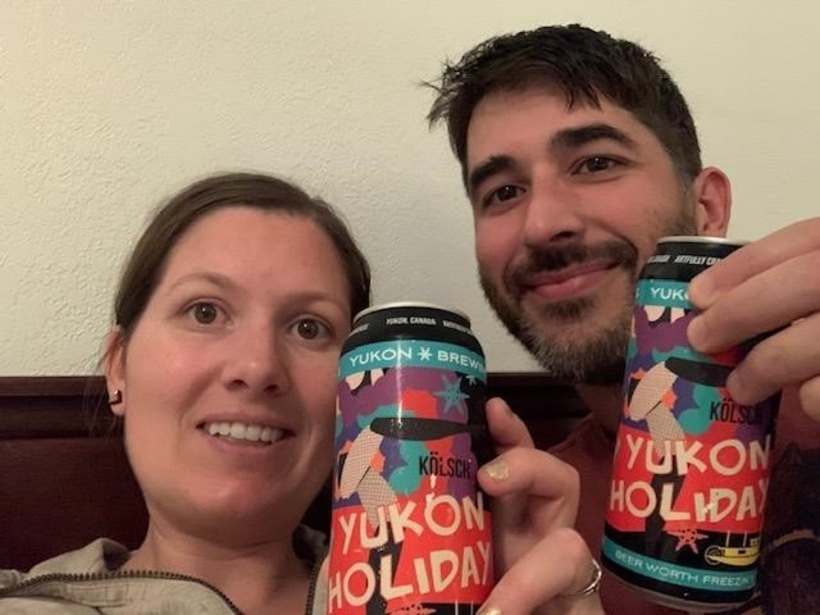 On our first trip to Dawson City, so we are enjoying Yukon Brewery’s “Yuokon Holiday” in our hotel before we hit the town 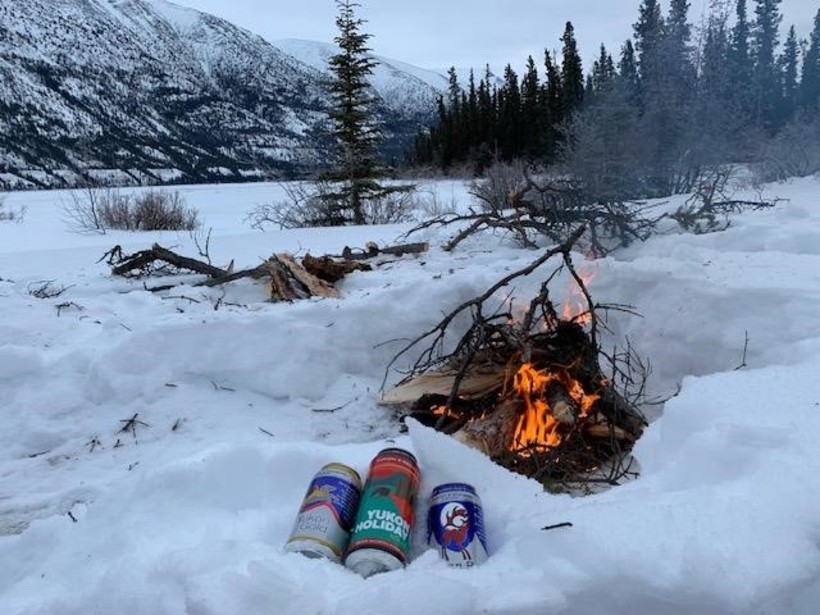 Some Yukon Brewery beer at our campfire in Kusawa Territorial Park 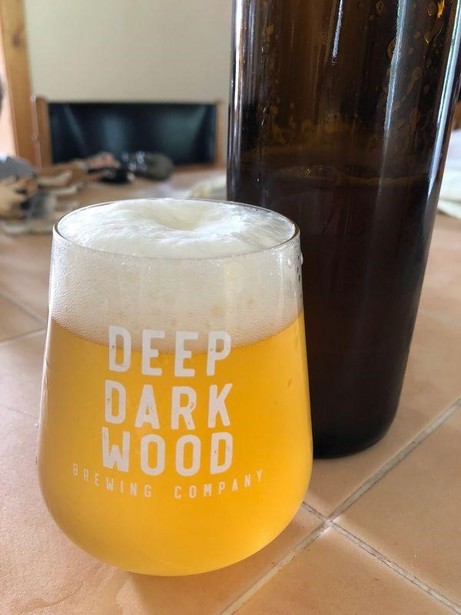 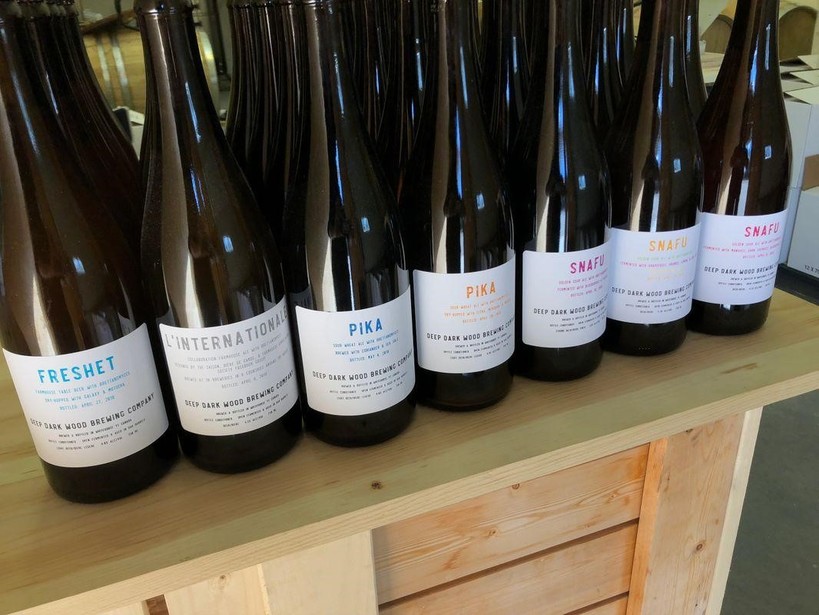